The real estate sector has a propensity to underestimate change, perhaps because change has historically been at a rather glacial rate within the industry. In my 30 years in the European real estate markets, it has always surprised me how short-term factors almost exclusively colour investment decisions. While not suggesting the immediate future shouldn’t be a critical element of an asset’s evaluation, I would caution that long-term trends (over a time horizon of, say, ten to fifteen years) have the potential to influence materially returns over a standard institutional five- to eight-year hold period.

I am certain that the number of these long-term trends is increasing, as is their significance. A common catalyst seems to be a combination of technology, demographics, climate change and the application of corporate social responsibility policies that are ever more rapidly influencing the way capitalism evolves in market economies. Let me illustrate the point with an example a long way from real estate.

Major oil companies have some of the most robust financials of any investment sector; for decades they have generated a disproportionate share of UK and US equity dividends. While the basic financials behind these companies have not altered, the last 12-24 months have witnessed a very significant change in sentiment towards the industry that is affecting all areas of its economic footprint. Who could have predicted 24 months ago that several major international banks would declare they would no longer lend to oil exploration and extraction companies? Who could have guessed that a major global investor would release a statement saying it would not invest in assets underpinned by oil companies, citing its corporate social responsibility policy?

The impact on real estate investment is immediate when climate change activists block corporate HQs (for instance, BP’s) and seek to embarrass businesses that deal with such parties (this is despite both BP and Shell investing more than $2.5bn each in renewal energies per annum). The impact on an investor owning a BP-tenanted property will be increasingly detrimental as the purchaser and banking universe for such buildings shrink.

I would argue that even five years ago the increasing impalpability of an oil company covenant could have been predicted by an investment manager monitoring society’s increasing focus on the challenges of climate change. While it would have been brave to exclude such covenants five years ago, calculating and then perhaps reweighting away from hydrocarbon tenants could have usefully mitigated risks that are now coming home to roost.

“While no one predicts the future consistently, property portfolio construction can be made more robust by overlaying an analysis of the inherent trends affecting each of a tenant’s business sectors.”

Let me now focus on some other long-term trends, the impact of which should be influencing pre-acquisition due diligence and modelling. I will give examples across two real estate sectors, agriculture and commercial.

First, let’s look at agriculture. For decades, farming has been heavily influenced by political activity. Central government involvement started in earnest in the response to global conflict with the war effort in the 1940s, when thousands of acres were brought into food production, and then moved to European government control upon the UK’s entry into the EEC – bringing the grant vagaries of the Common Agricultural Policy. Post-Brexit control will revert to the UK government, which has stated that domestically allocated grants will be biased heavily towards environmental deliverables supporting biodiversity and the fight against climate change. As Michael Gove put it when environment minister: “public money for public benefits”.

While the finer policy details are still emerging, it seems clear that many farmers with bigger acreages (and so economies of scale), focusing on high yields and/or monocrops, will see a reduction or perhaps an elimination of grant unless they have impeccable environmental credentials. Smaller farmers may receive more support, but only if they can demonstrate public benefit in the form of biodiversity programmes, carbon capture initiatives and so on.

The agricultural industry is also facing seismic changes in consumer demands. For instance, small changes in demand for meat have a disproportionate impact on the countryside as so much of cereal production is for animal feeds. Moreover, farming tends to be the litmus test for climate change, being first to feel new extremes of weather with knock-on economic consequences.

I would suggest that the post-Brexit policy changes are just the latest chapter in the story of central government being the biggest influence on rural values, with only small elements attributable to investor asset management, good farming and demographics. With so little under the control of the investor, is the prolonged rise of land values sustainable? Are the low yields a justifiable annual return for the risks involved? If in five or ten years’ time investors are looking into the reasons for poor rural return, I suspect those honest with themselves will reflect upon the fact that it was rather predictable. The other sector I’d like to look at closely here is commercial. The rise of shared-workspace provider WeWork in the London offices sector is hugely significant: in 2018 it represented 40% of office take-up. Its acquisition strategy is materially different from most of its competitors, as it tends towards very high-quality accommodation in core locations and prefers to take all the space in a building. Among the benefits to its clients of WeWork’s offer are that it provides a sense of community in each location and tries to leverage business introductions across offices and countries.

Many dismiss this business model, citing its ‘reliance’ on rent-free periods and pointing to the inherent mismatch of long-term lease liabilities and short-term licence fee income. While the WeWork model has yet to be tested by a global recession, in my view, seasoned market participants have underestimated the concept and how far it will travel. The first mover in the industry was Regus, which was formed back in 1989: as the concept enters its fourth decade, I suggest investors move from a state of denial and take a view on how it will evolve.

While no one predicts the future consistently, property portfolio construction can be made more robust by overlaying an analysis of the inherent trends affecting each of a tenant’s business sectors. There are many sources of research into the future, so I suggest real estate investors consider tapping into the work of futurists and perhaps even commission research in universities. The latter, in particular, can be very cost effective while benefiting the research departments of these institutions. 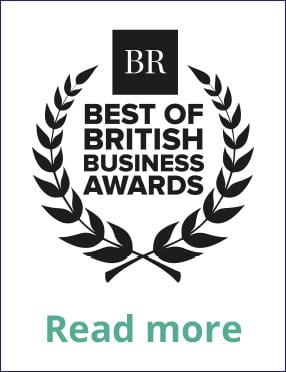 Rynda Property Investors LLP is authorised and regulated by the Financial Conduct Authority.